Educate yourself on Provence Côte d'Azur and the French Riviera and the coasts gems.

Purchase books and get them shipped to you doorstep. 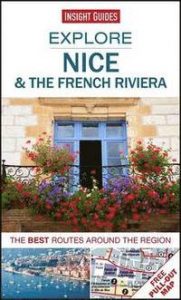 From the Belle Epoque sweep of Nice’s promenade des Anglais to Romanesque cathedrals and medieval hill villages, the French Riviera offers an intriguing mix of the grandiose and the intimate along with a variety of architecture. Explore Nice and the French Riviera is part of a new series and is the perfect pocket companion for your trip: a full-colour guide containing 14 easy-to-follow routes, taking in all of the classic sights, such as Nice and its famous food market, Monaco’s grand casino, the exquisite perched villages of Eze and Roquebrune, myriad modern art museums as well as the best spots for people- and yacht-watching. Insight’s trademark cultural coverage perfectly sets the routes in context, with introductions to the Riviera’s Provencal cuisine and shopping possibilities, as well as an overview of the region’s famous festival scene. Hand-picked places to eat and drink are highlighted in each route and in the directory section, which contains a wealth of useful practical information including a language guide, as well as a range of carefully selected hotels to suit all budgets. All routes are plotted on the useful pull-out map, and the stunning photography captures the essence and the much-painted light of the Riviera.
Buy Now 123 kr (€12)

The sunlight and calm of the French Riviera have been a magnet for writers since the fourteenth century. The Cote d’Azur has provided the inspiration and setting for some of the greatest literature of the nineteenth and twentieth centuries. “The French Riviera: A Literary Guide for Travellers” is a reader’s journey along this fabled coast, from Hyeres and St. Tropez in the west to the Italian border in the east, introducing the lives and work of writers who passed this way, from distinguished Nobel laureates to new authors who found their voices there. Ted Jones’s encyclopaedic work covers them all: writers such as Graham Greene and W. Somerset Maugham, who spent much of their lives there; F. Scott Fitzgerald and Guy de Maupassant, whose work it dominates; and the countless writers who simply lingered there, including Louisa M. Alcott, Hans Christian Anderson, J. G. Ballard, Samuel Beckett, Arnold Bennett, William Boyd, Bertholt Brecht, Anthony Burgess, Albert Camus, Bruce Chatwin, Joseph Conrad, Charles Dickens, T. S. Eliot, Ian Fleming, Ernest Hemingway, Aldous Huxley, James Joyce, Rudyard Kipling, D. H. Lawrence, A. A.Milne, Vladimir Nabokov, Dorothy Parker, Sylvia Plath, Jean-Paul Sartre, George Bernard Shaw, Robert Louis Stevenson, Anton Tchekhov, Leo Tolstoy, Evelyn Waugh, H. G. Wells, Oscar Wilde, P. G. Wodehouse, Virginia Woolf and W. B. Yeats – and many others.
Buy Now 134 kr (€13) 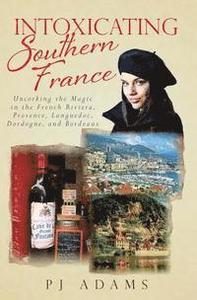 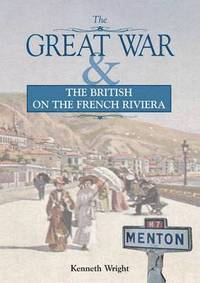 The Great War &; the British on the French Riviera 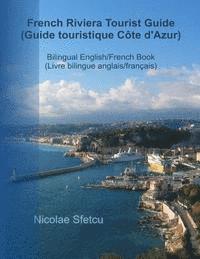