Guide to The French Riviera – A Place of Astounding Beauty

The French Riviera is located on the Mediterranean coastline of the southeast corner of France. The state of Monaco is also covered in the coastline. It is known for its first ever modern resort area. The beautiful place is occupied by the natural landscapes. The French Riviera was used by British people from the rich family as a winter health resort in the 18th century. They used to spend a good time with their family in the coastline area. The astounding beauty of the resort is attracted by tourist all around the world. In the mid-19th century after the invention of the public railway, the place became a tourist spot. People from Britain and Russia were reaching the French Riviera for the vacation. It became a popular tourist spot in the 19th century. The Prince of Wales King Edward and Queen Victoria also visited the place to experience its sheer beauty.

The French Riviera is known for its pleasant warm weather, beaches, classic resorts, high rollers and pristine blue waters. The beaches are the most attracting places on the french riviera. The summer is overloaded with locals and tourists from all around the world. The summer is the high time when the town is flooded with people. You will get to experience many cultural activities and festival in. This is the best time to visit French Riviera to enjoy the vacation. 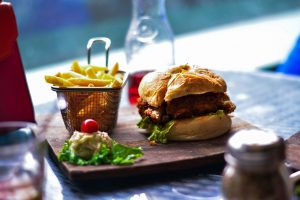 The food is another reason why people visit the French Riviera. People who love to eat delicious food will enjoy the local food. Having food in the classic restaurant located at the beach with beautiful people from all around the world roaming around will be the mesmerizing experience for the food lover. You will never find such an interesting place anywhere in the world. 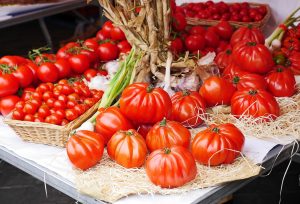 The popularity of the French Riviera has increased the price of the local hotels and restaurant. It is quite an expensive affair to stay here. If you are planning a vacation on the French Riviera, then you need to have big pockets. This is the only place which is always in high demand in the travel industry.

Cannes is mostly known for the famous Cannes Film Festival. It is an annual film festival where new films of all genres are presented to the viewers. Some of the best documentaries also selected for the preview in the film festival. Recently the dates of the Cannes 2018 were announced.

The 71st edition of the Cannes Film Festival will be inaugurated on the 8th of May 2018 and continues until 20th of May 2018. It is the most anticipated event in Cannes. People are excited to participate in the most awaited Cannes Film Festival. If you are planning to be there to enjoy the festival then, the tickets for the event are now available online. Book your tickets before it gets sold out. The demand for the tickets is very high, so make it quick.

The Monaco Grand Prix is a most exciting motor racing event held at the Circuit de Monaco. The Formula One motor racing is organized every year in the city of Monaco, Monte Carlo. The event has been arranged since 1929 and people from all around the world visit Monaco to watch it. It is considered as the most famous formula one race in the world. The attraction of the event is centered on the Indianapolis 500 followed by 24 Hours of Le Mans, which forms the Triple Crown of Motorsports. The Circuit that it forms is called “An exceptional location of the glamour and prestige.”

The race is performed on the narrow streets of Monaco. The street is designed to give the racer a tough time while driving. The Street has elevation changes and tight corners. It is very hard to drive a sports car in the tight corners of this street. The driver also has to drive through the famous tunnel in Monaco. It is a thrilling experience for the driver to drive a sports car on this street. Because of the uniqueness, it has become a most demanding track in Formula one racer. This is the only Grand Prix which doesn’t follow the FIA’s rules that states the street must have 305-kilometer (190-mile) minimum race distance.

You can Visit the Villa Ephrussi de Rothschild in St Jean Cap Ferrat. The spectacular view of a villa has been preserved since the 19th century. The place built by Beatrice Ephrussi de Rothschild a rich banking family. They are known for their love of music, literary gatherings, and beautiful art collection. You will be delighted by visiting the palace and observing the classic art collection.

If you are visiting Monaco then, you should visit the legendary casino, Casino de Monte-carlo. You will enjoy the place, best collection of cars, beautiful surrounding and if you are lucky enough, you will get a chance to meet a famous celebrity as it is the spot known for many celebrities. You can enter the Lobby for free and experience the rich classic ambiance. The wall of the building is filled with extraordinary art. You will feel like you are in the palace of heaven. Saint-Martin gardens, Changing of the Guard, Le Metropole shopping center, Saint Nicholas Cathedral, The Sculpture path and Larvotto Beach are some of the famous places in Monaco. 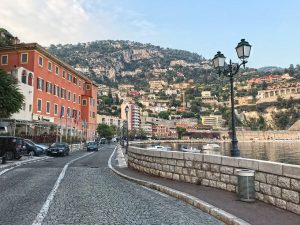 Cannes is popular for its luxurious life. You can go to the Boulevard de la Croisette one of the most fashionable streets in the French Riviera. The Le Suquet (Old Town) was known as an old fishing village. Festival de Cannes the Film Festival organized in May every year. If you are a movie lover then, this is the place you should visit. 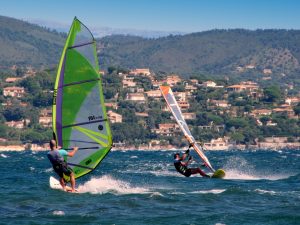 The French Riviera is filled with exciting stuff. There are many things that you can do when you visit the Riviera. The summer is the most enjoyable season in the Riviera, so if you are planning to visit choose summer for your stay.