Mythical and unmissable place in Cannes is the promenade of the Croisette and will be a must but visit but also a place to walk full of discovery.

The city of Cannes is the very image of glamor and luxury and the dress of tourists from all over the world.

You will find many items of interest such as charming buildings like the Vallombrosa Palace, Villa Victoria or the Chateau Louis XIII, as well as the pedestrian streets lined with luxury shops.

The old coastal road named Chemin de la Croix was converted into a carriageway in 1863. The riparian owners were already opposed to the project.

The walk will long carry the name of Boulevard de la Croisette, it is this boulevard that will be at the base of the development of Cannes as a luxurious seaside resort. 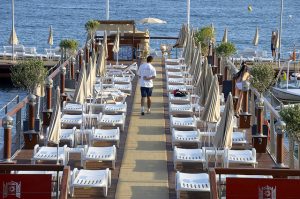 Many buildings along the Croisette are worth a visit, such as the Martinez hotel, an art deco palace dating back to 1929, listed on the general heritage inventory, or the Majestic with its white facades, which is one of the favorite feet of the stars. Do not miss the Carlton Hotel, which is also a must-see monument of the city, a listed historical monument, it was inaugurated in 1911.

Cannes Croisette is a wide boulevard along the harbor of Cannes. It was the old coastal road which was then called the path of the little cross. It is classified as a heritage since 2001.

Boulevard de la Croisette begins at the foot of the steps of the Palais des Festivals then continues for 2km along the coast. It was listed on the inventory of heritage in 2001. 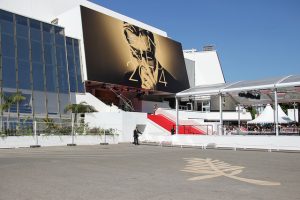 Leaving east from the Palais des Festivals you will be able to discover many luxury boutiques, restaurants la Croisette and hotels on Croisette Cannes, Croisette beaches and Cannes‘ three grand palaces: the Carlton, the Martinez and the Majestic Barrière.

The walk ends at Palm Beach a small luxury jewel in the city of Cannes. It is also the place of the mythical walk of the stars of the Cannes festival, unfortunately, it is invaded by so many people during the festival that it is better to avoid it if you do not like the crowd.

Welcome to Cannes and the French Riviera (Côte d’Azur)!