The Complete Guide to the History of Cannes

The complete guide to the history of Cannes.

The city located on the French Riviera, known for its glitz and glamour, its many celebrities that visit each year, and its luxurious film festival.

But has Cannes always been the town of prestige and luxury as it is today?

In this article, we’re exploring the history of Cannes, and learn about how Cannes started out, and what has lead to it becoming the city that we know today.

By the 2nd century BC, the Ligurian Oxybii established a settlement here known as Aegitna (Αἴγιθνα in Ancient Greek). Historians are unsure what the name means. They used the area as a port between the Lérins Islands and the fishing village. 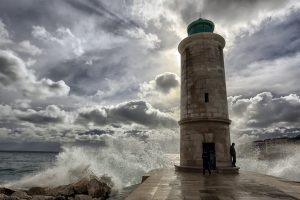 The truth is, as you’d might expect, that the life hasn’t always been filled of luxury, glitz, and glamour.

In fact, Cannes started out as every other village on the French Riviera, a small fishing village – far from the size you know Cannes by today.

Cannes started out in the place that is today known as the old town of Cannes: Le Suquet, including the old harbor, known as Le Vieux Port, where the fishermen came in and docked their boats, after having caught fish. 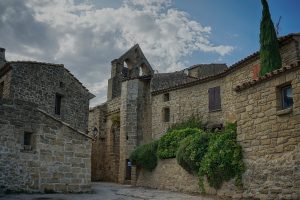 But before all of that, in 69 AD, the town of Cannes became the place where a conflict between the troops of Otho and Vitellius took place.

If you rewind Cannes’ history all the way back to the 10th century, you’ll find a town by the name of Canua, quite similar, yet different from the name of Cannes, as you know the city by today.

It is believed that Canua came from the term “canna,” which means reed, or cane, named after its once-reedy shore. The name Cannes is first known to have appeared in 1030 in a deed of donation by Rodoard’s son to the Abbot with the mention of “De Portu Canue”.

The word Canue comes from a Ligurian word, which means ”height’ or ‘Peak’, and this refers to the hill on which Le Suquet is located on, and the watchtower built on.

The reason was that the tower was built by the monks on Le Suquet in order to warn the island of invasion. 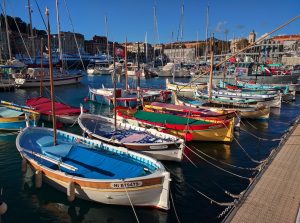 When suspicious sails were seen on the horizon, the town was lit to signal to the island.

Moreover, it is also believed that Cannes was the site of a small Ligurian port, something that eventually turned into a Roman outpost, located in the old town of Cannes: Le Suquet,

This brings us to the Medieval history of Cannes.

The history of Cannes stretches far back, close to 1000BC, as archeological findings have revealed that there was human life in the Neolithic and the Iron age in Cannes.

It is believed, according to the archeological findings that have been made, that the first settlers in Cannes were the Oxybian side of the Ligurian tribe.

These are individuals. These are the individuals who are believed to have first inhabited the old town of Cannes, known by the name of Le Suquet.

Findings in Cannes has revealed that early settlements stretch far back to the 6th Century BC, when Cannes was a real acropolis, meaning it was a real urban settlement, which is considering it was quite a few years ago.

Between the time between the 5th and 15th century, the middle ages, there was quite a lot happening in Cannes.

In 891, an attack by the Saracens which lasted until the end of the 10th century ruined Cannes, then known by Canua, and it also leads to great insecurity. In turn, this lead to the monks having to move to the mainland of Cannes, in Le Suquet, rather than on the Lérins islands, which had a tremendously strategic location, which lead to plenty invasions and attempts of invasions of the island.

In the old town of Suquet, a watchtower was built by the monks on the islands of Lérins, closely just 15 minutes away by boat, is in the 11th century, in order to protect them from a Saracen invasion. This is a tower which still stands and is lit up during the evening in the old town of Cannes. The construction of the watchtower and castle began in 1035, but it was not until at the end of the 11th century that it was completed.

The history of Cannes is closely related to the Lérins islands because it was on the islands where most of the ancient activity, in particular, the protection was located.

At the end of the 10th century, the Saracens were expelled and driven away from the land of Cannes, as a result of feudal lords.

After this, the whole city of Cannes had to be built up, but in  1131 the pope of Lérins gave his blessing to the donation of Cannes to the Abbey, and then, the count declared the two free from all taxes. A situation that lasted all the way until the French Revolution.

In 1530, Cannes became independent from the monks who had controlled the city for thousands for several hundred years.

Between the 13th and 16th Century, Cannes was disrupted by the plague, and in 1520, the worst epidemic broke out, killing over half of the Cannes population.

The History of Cannes: the 1800’s and beyond

During the 1800’s, Spanish and British tried to invade and gain control of the Lérins Islands, again because of the islands strategic location, but the French were able to drive them away.

In the 19th century, multiple railways were completed, something that lead to the introduction of trams – a public transit system located in Cannes. The tram system was operated between 1900 and 1933. As the population of Cannes increased, more public transport projects were launched.

The tourism flourished In Cannes in the beginning of the 1900s.

In the 1920s, the tourism in Cannes started to grow significantly, as a result of sunbathing becoming a fashion, as well as the result of opening up a new seaside resort in Cannes, dedicated to the lower classes, making tourism in the city more accessible for people.  Cannes’ population grew significantly between the period of 1814 to 1924, and between this period, the inhabitants of Cannes grew from  3000 inhabitants to  30 000, but  World War 1 put a stop to the quick growth of Cannes’ inhabitants, as a lot of the hotels were made into hospitals for the wounded in the war.

In 1939, the infamous Cannes Film Festival, the place which Cannes is mostly known for was going to be inaugurated, but since with the outbreak of the Second World War, it had to be canceled.

The History of Cannes: Second World war in Cannes

With France, being highly involved in the second world war, you can expect that Cannes was affected by the war.

During the Second World War, Cannes was occupied by their neighbors Italy, and then also by the Germans.

In August 1944 Cannes was struck by the final attack from the sea, and with the allied landings, Cannes finally become the calm and relaxing city it had once been.

After this, the Cannes Film Festival was picked up, and launched, and became the world’s premier event after the Olympic games.

Over the history, Cannes has been a city of tourism for many wealthy and famous people.

First, Cannes tourism by the rich and wealthy started with the British.

Cannes thereby became a resort for wealthy Europeans, mainly the Russians and the British, as well as Indian viceroys

In the Belle Epoque, many of the beautiful buildings that you can see in Cannes today were built. This includes hotels like The Carlton, The Martinez, and The Majestic, which were all built to accommodate the growing population of Cannes, but also to meet the increasing popularity amongst the wealthy European aristocrats who went to Cannes for their holidays.

Now, Cannes started to flourish, and in 1838 the new port was built, following the train Station of Cannes in 1863 Cannes, which significantly decreased the travel time from Paris to Cannes, making the town by the Riviera even more appealing to Frenchmen living in Paris.

The introduction of the train station meant that you could now travel between Paris and Cannes 22 hours and 20 minutes faster than previously possible.

It was in the 20th century that Cannes was really modernized, and started to take shape into the city you know Cannes as today. New schools were built, new post offices,  and sports centers.

But since World War one, fewer British tourists, and especially German tourists visited Cannes, however, more Americans found their way to Cannes on the French Riviera.

The winter tourism that had previously been the most popular form of tourism gave way to summer tourism. 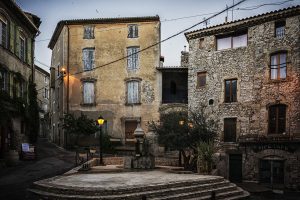 History of Cannes: The Man in the Iron Mask

The infamous Man in the iron mask has inhabited both Cannes and the Lérins islands.

The fortress that was built on the Lérins island became a state prison and, and when that happened, the man in the iron mask was sent there. The man in the iron mask stayed on the island of Lérns for eleven years from 1687, but he escaped and seemed protection in the old town of Cannes – Le Suquet. He was then sent to Le Bastille.

King Louis XVI has also been an image in the state prison on Lérins.