The Complete Guide to Grasse Perfume

Grasse perfume is known all over the world. And that’s obviously for no reason.

In fact, the town of Grasse, on the French Riviera, is known as the world capital of Perfume because of the long history of perfume production in Grasse, and the expertise in the perfume-making which can be found there.

Today, Grasse perfume is what the town is most known for, and it is the place where some of the world’s most famous perfumes are crafted, such as perfumes from Louis Vuitton and Chanel.
In fact, the flowers used for making the infamous Chanel N°5 are grown and harvested here. In other words, in the bottle, you’ll find Grasse perfume.

In this post, we’ll be exploring Grasse perfume, how Grasse has been able to establish itself as the capital of perfume, and what you can do there if you visit.

The history of Grasse perfume

Today, Grasse is the capital of perfume, and Grasse perfume is known all over the world.
In the 16th century, the town of Grasse started manufacturing perfumed gloves, as well as farming flowers that were used for fragrances.

The Grasse perfume production, however, started to gain real traction in the 18th century, when perfume became more popular in society and smelling good was a sign of being wealthy.

An important contributing factor to Grasse, and the western part of the Alpes-Maritimes becoming the perfume capital of the world is its ideal climate and its soil. The climate of this area was, and is, perfect for flowers and plants that are used for perfume, such as lavender and jasmine, among an array of different flowers.

The perfect climate and soil made Grasse the ultimate place to grow great flowers that could later be used for perfumes of the highest standard. 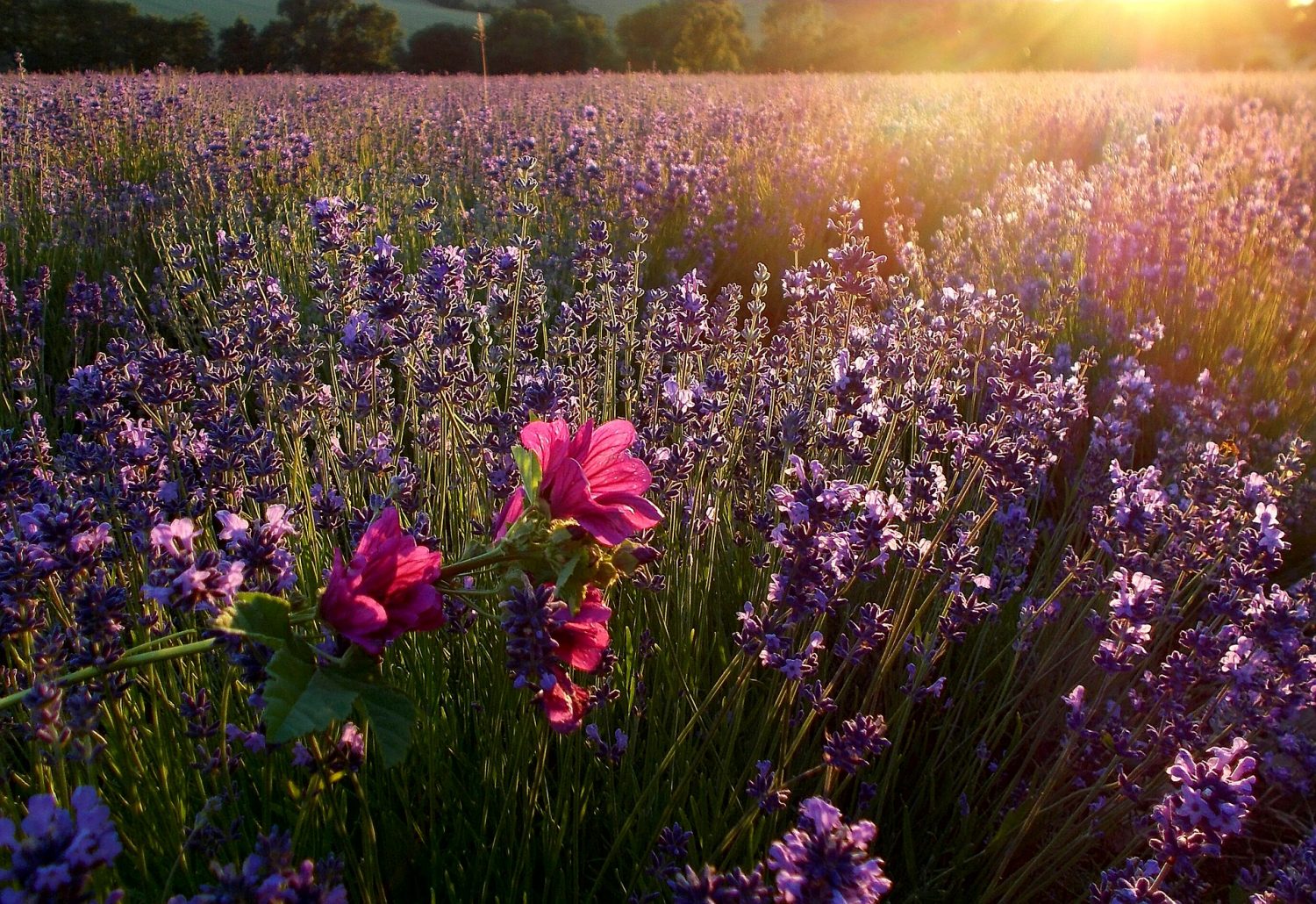  
In the history of Grasse perfume, there have been 5 perfume houses in Grasse that have come to become the most famous houses, that have, for centuries, practiced the art of fine perfume making. All of which has a different history, but at the same time, have the same background, circulating around one thing: Grasse perfume.

Galimard was founded by Jean de Galimard who lived in Grasse in 1747. It was here that he found the inspiration for, and started Parfumerie Galimard.

This is the founder of the corporation of glove makers and perfumers.

Galimard supplied some of the most famous people in France during his time, including King Louis of France, with things like such as olive oil and perfumes. Since initially, the perfume industry was made for gloves, the perfume industry evolved from that, but for a long time, they were integrated into each other.

Today, Galimard uses the same process of perfume making which helped make the brand famous, and it is following the traditions of its founder Jean de Galimard.

Galimard’s perfume-making has mainly been focused on using the flowers that are natural resources of Grasse, which are jasmine, rose, lavender, orange flower, and tuberose.

The scents are then extracted from the flowers in order to create exquisite perfume.
Galimard is the third oldest perfumery in the world.

Fragonard is yet another highly popular and famous perfume maker in Grasse and has a rich history of perfume making.

Shortly after the first world war, the entrepreneur Eugène Fuchs, made the decision of setting up his very own perfumery with the idea of selling perfumes and perfumery products to tourists that now had been started to find their way to the beautiful French Riviera, and also had found interest in perfume, as smelling good now was a trend of the wealthy.

Eugène Fuchs was impressed by the beauty and art of perfume making, and so he set up his very own perfumery in Grasse.

The perfume house Parfumerie Fragonard was opened in 1926.
The history behind the name Fragonard?
Eugène Fuchs named his dear perfume company Fragonard after the famous Grasse-born painter, Jean-Honoré Fragonard who lived from 1732 to 1806.
He did this as a tribute to both the delightful town of Grasse, but also as a tribute to the 18th-century arts.
His choice of name also shows that he had the ambition of running the Fragonard perfumery in accordance with perfumery traditions.

After Eugène Fuchs, three following generations have taken over the Fragonard perfumery, and are still running the company today.

They have also opened new perfume production places in Grasse, Eze, and Paris to meet the great demand of their perfume.

Under the leadership of Jean-Francois Costa, the Fragonard perfumery expanded rapidly and was modernized.

Jean-Francois Costa was an art collector, and during the 1970s, he acquired a large number of antique objects related to perfume, which helped enrich the Fragonard collection, and give the Grasse perfume history an even richer history

Some of the most popular scents of Fragonard is the perfume ”Fragonard”, which has a jasmine and amber scent, as well as the ”Belle Chérie, which features tangerine, vanilla, and sandalwood.

Just like with Galimard, Fragonard offers factory tours in their factory in Grasse which are completely free, allowing you to see the daily operations that make the world-famous perfumes of Fragonard. The Fragonard Perfumery tour is the most popular tour in Grasse and offers free 25-minute tours regularly in several languages.

Fragonard also has its very own Grasse perfume museum which showcases over 3000 years of perfume history.

In their factory in Grasse, there’s also a showroom where you can explore the finished products and purchase them.

If you want to make visiting the factory of Fragonard or any other perfume factory part of your plans when visiting the French Riviera, take a look at this modern and fresh 2-bed apartment in Cannes for rent, located just 28 minutes away by train.
 

Molinard is the next famous perfumery in Grasse with a rich history.
The Molinard perfumery has been operating since 1849, and ever since, it has been completely family own.

Molinard is especially famous for its Eaux de Cologne and its floral waters.

Even if you’re not the British Monarchy, today you can visit the Molinard factory and get a unique daily guided tour. Throughout the tour, you’ll learn what the process of crafting the perfumes and scents is like, how the skilled craftsmen and women work to produce incredible scents.
You can also visit their soap factory, and lastly their showroom where you can purchase perfumes and other things related to perfume and Molinard to take with you as souvenirs when you leave.

This is yet another family-owned company in Grasse, but instead of being a Grasse perfume maker they farm the flowers that are to be turned into delightful Grasse perfume.

Le Domaine de Manon grows, among others, the flowers Centifolia Rose and Jasmine Grandiflora, which are two of the most popular flowers which are used in perfumes. 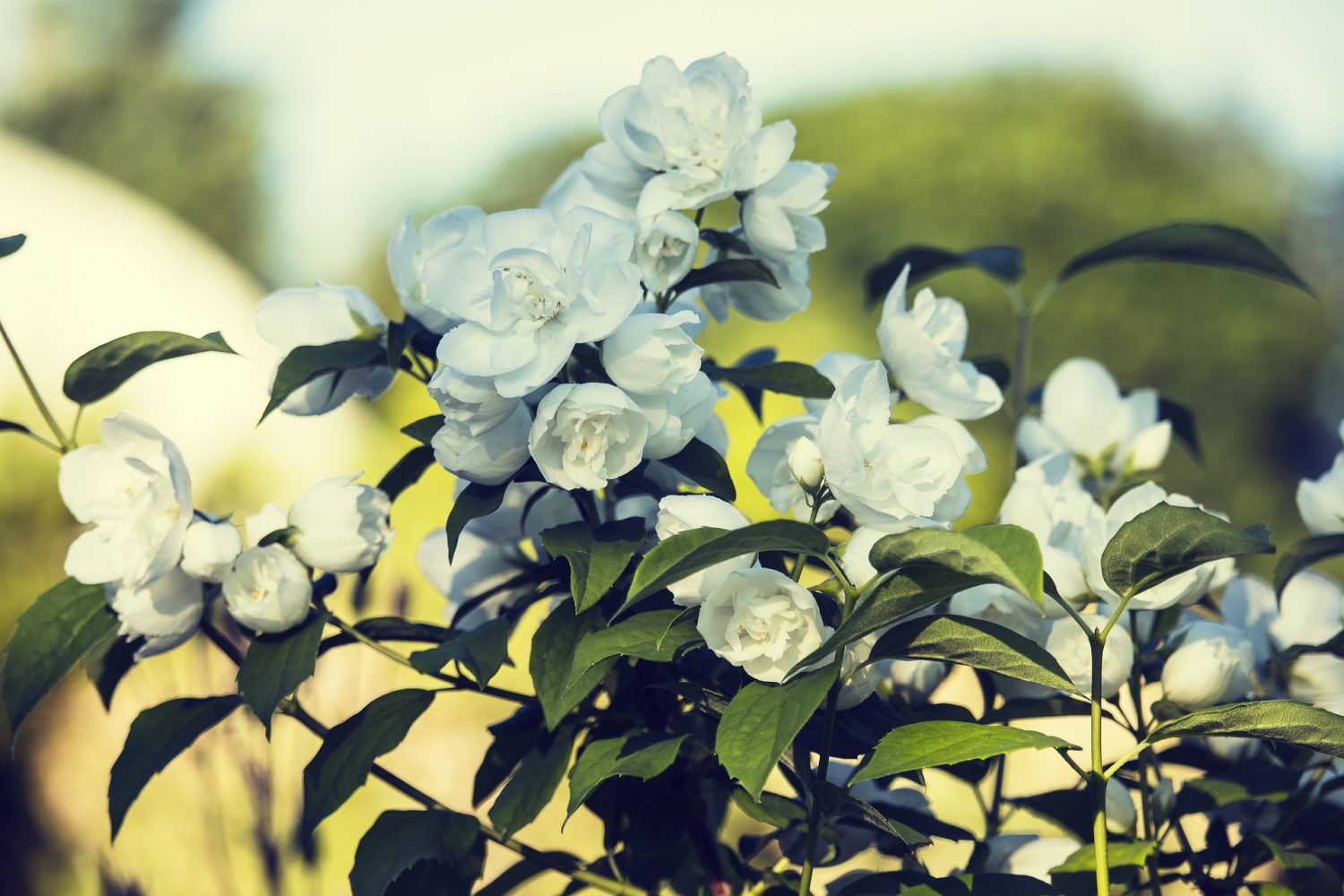 The family has grown perfume plants since the 1930s. Today, the third generation of the family carries on the tradition of flower-growing and perfume making and continues to write the history of the Domaine.

Le Domaine de Manon has the honorable task of picking flowers and then sending them to become Dior perfume.

The best part is that you can come to see the harvesting of the beautiful flowers on your French Riviera stay.
The tours are available on Tuesday mornings during the bloom of the flowers.

The name of this Grasse Perfume maker is known globally, and chances are, you’ve purchased some of its products.

The Grasse perfume maker L’Occitane en Provence has stores all over the world, but heritages from the relatively small town of Grasse.
The L’Occitane en Provence factory can be found in Manosque, and it has been producing perfume and oils made of flowers and other Provence-grown things, such as olives since 1976.

L’Occitane en Provence has some highly popular fragrances, and two of the most popular ones are Citrus Verbena Summer and Verbena Eau de Toilette.
If you want to learn more about Grasse perfume, then why not pay a visit to the factory of this globally-known brand?

At the factory, you can take a free one-hour tour to learn more about their production methods and their natural, pure ingredients.

L’Occitane en Provence was founded by Olivier Baussan who, in 1976 used steam distillation to produce essential oil from wild rosemary and lavender which he then sold at markets in Provence
The name L’Occitane was named after the women of Occitania, an area that existed during the middle ages.

Occitan was the native language, and it is a language that is still spoken as a second language in some parts of the region today.
Baussan was given an old soap factory and started reviving the traditional art of Marseille soap-making in Manosque, which is another Provençal village.
The first L’Occitane factory and boutique was eventually opened in 1981 in Volx, which is a village in Provence. 

More about Grasse and Grasse perfume

Today, Grass continues to be the capital of perfume, and it is producing perfume for some of the most famous brands in the world.
In Grasse, there are 14.000 hectares of aromatic plants in the region, and every year, thousands of tourists come to Grasse to learn more about the perfume history of Grasse, get a tour on some of the perfumeries, or explore the extraordinary flower fields.

The main producers are the ones listed, and Grasse, due to its immense number of flowers, smells like a perfume factory.

Grasse even attracts visitors from all around the world who are passionate about perfume making.

If you visit some of the perfume makers, you’ll learn that a perfume is made up of different notes in three levels:
* Top notes
* Middle notes/heart notes
* Base notes

How to get to Grasse

Getting to Grasse is simple, and it is strategically situated close to most cities on the French Riviera.
Grasse isn’t situated right next to the Mediterranean but is part of the inland French Riviera area, located in the Alpes-Maritimes department of France, about 10.5 miles northwest of Cannes.
You can get to Grasse in a number of ways but themes common ones are by train, car, or by bus.
If you want to get to Grasse from Nice, this is the travel time by bus or car.
 
You can take the bus from Nice, and once you arrive, you need to take a 5-7 minute walk from the old town.

For comfort and better accessibility, it is advised that you rent a car to get to Grasse.

If you want to learn the complete history of Grasse perfume, you should definitely be visiting the Museé International de la Parfumerie (International Museum of Perfume).

The museum has an entrance fee and showcases more than 3,000 years of perfume history. Moreover, you can also visit their flower garden at an extra fee.

In Grasse, the capital of perfume, you can expect that there are festivals dedicated to perfume.
In fact, the Lavender Parade held on August 15th showcases lavender, and there’s also the Jasmine festival which is held in July.

During the festival, a parade featuring thousands of jasmine flowers will take place, and there is lots of good music. 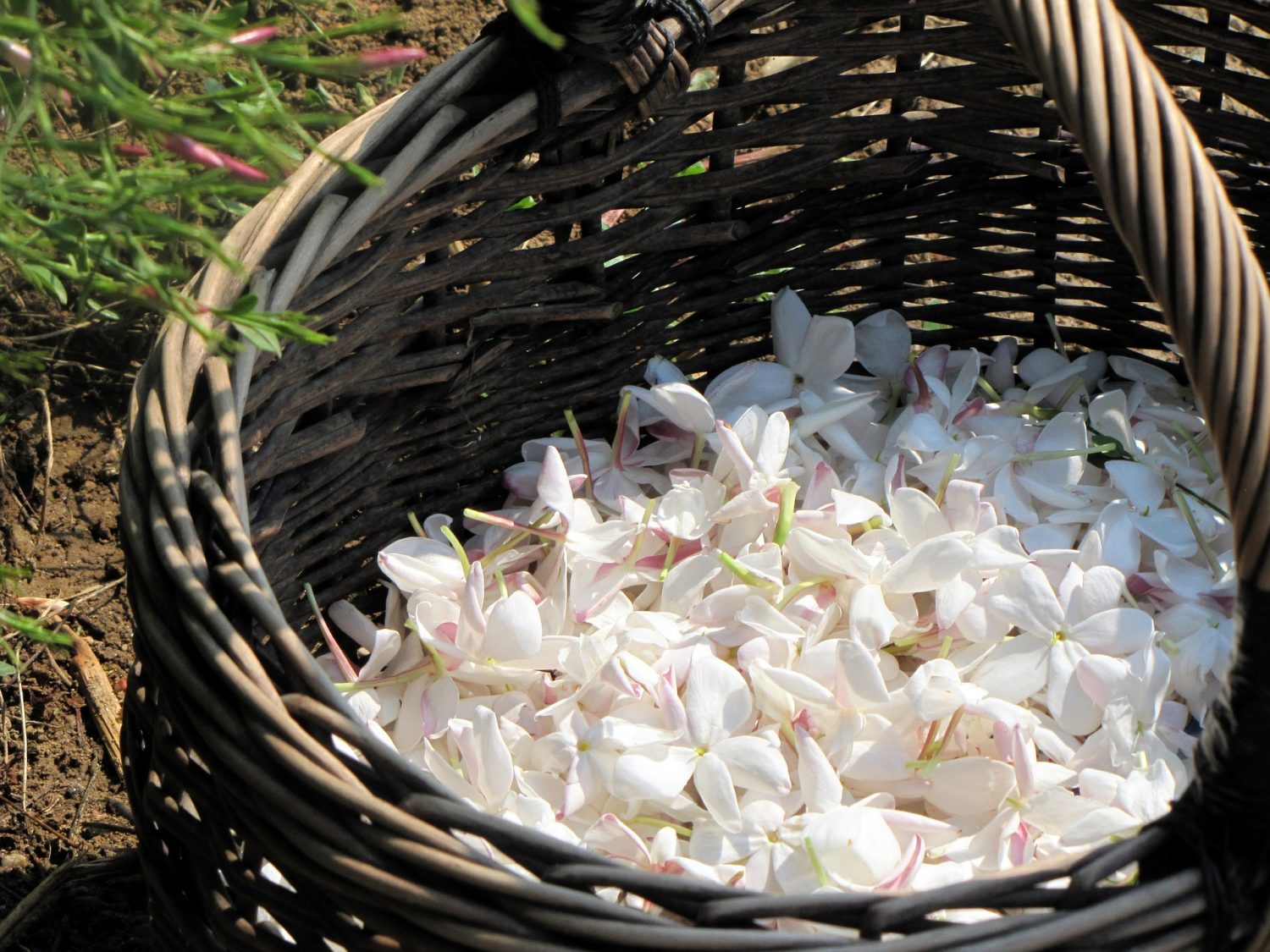 Create Your own Grasse Perfume

If you want, the perfume makers offer the opportunity to make your very own perfume, but at a cost of course.
Mainly, Galimard, Fragonard, and Molinard offer the ability to craft your very own perfume, and this features a 2-hour perfume workshop where you can create a 100ml perfume from 127 essences for €53 per person.
If you go to Fragonard, creating a 100ml perfume from 9 essences during a 1.5-hour workshop will cost you€69.

If you wish to do this at Molinard, you can take a 1-hour workshop where you create a 50 ml fragrance with a choice of 90 essences for €69.